In order for XRP to be perceived as a “currency”, it needs its own symbol. Just like the dollar sign “$”, XRP needs a universal sign that denotes units of XRP. The current logo being used works great when referencing “Ripple” the company, and it should not be changed, but a character should be created to represent actual units of the digital asset. Bitcoin for instance, uses the ₿ symbol within an orange circle in an angle, and additional symbols have been suggested for the actual units, eg: ₿, Ƀ or ฿. This repository intends to allow collaboration to create the ubiquitous XRP units symbol that we can use to display the amount of XRP.

Please open a pull request or submit tickets with suggestions.

Submitted by Claire Arthurs Kart - Head of Community at Ripple 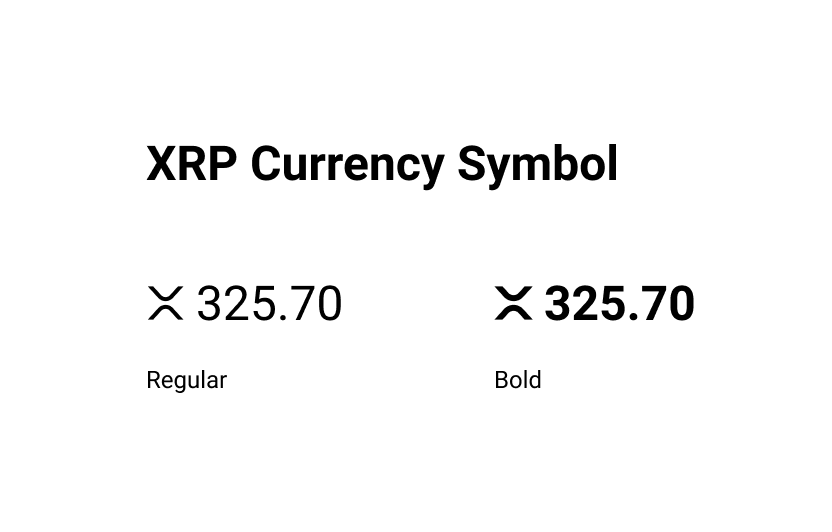 The following symbol contains the letters X, R and P hidden within the shape. The symbol also displays the shape of a “drop” or “droplet”. A drop is the smallest XRP denomination (1 XRP = 1,000,000 drops). The droplet was positioned in equilibrium, perpendicular to the “top left to bottom right” line on the “X”. If the symbol is rotated 120°, the “drop” hangs in perfect equilibrium. An interesting fact about this is that 120 is an untouchable number, and the first multiply perfect number of order 3 (a triperfect number). The sum of its factors (including 1 and itself) sum to 360; exactly 3 x 120. 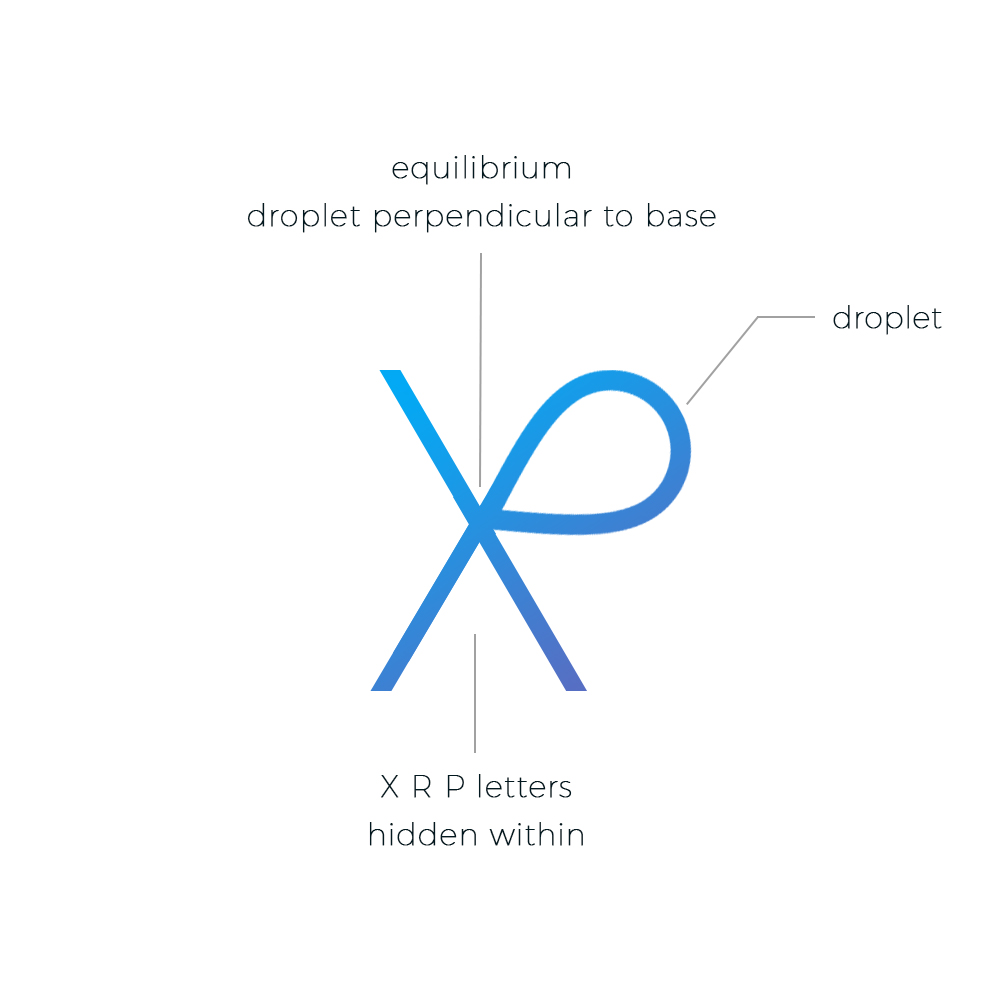 Ripple XRP already uses an existing unofficial ISO 4217 code, XRP. While using XRP as a prefix to an amount is possible, currencies like the U.S. Dollar use both the 3 character ISO code and a symbol, USD and $ respectively. In terms of cryptocurrencies, Bitcoin was recently given a new symbol in the Unicode Standard (₿). XRP is no different, as XRP meets the definition of a currency in some cases.

What are the characteristics of a “currency”?

Note: As people accept XRP in exchange for goods and services, and considering the aformentioned characteristics, the need for a universally recognizable symbol for representing the units of XRP is apparent.

¹Digital wallets and storage mediums refer to storing a seed (secret key) in a device that cryptographically references a public address in the distributed ledger. These wallets synchronize with the ledger to determine transactions, balances, etc.

Once we agree on a symbol, we need to create a glyph that will need to be submitted to the Unicode Consortium for consideration. In order to be considered, we will need to get support from the community and a sponsor that can submit the application for the successful implemetation of this character into the Unicode Standard.

If you have any suggestion for edits, or a completely new idea for a different symbol, feel free to clone this repository and submit a pull request (please use a unique branch name). New suggestions and ideas will be added to a separate section on this page.

For those not as tech savvy, send your idea to suggestion@xrpsymbol.com Please use “New XRP Symbol Suggestion” in the subject line.